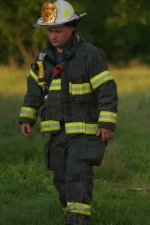 News
Hamlin Has Two Level 0 Incidents In One Night

At the request of 2C24 (Deputy Chief Maier) and 2C34 (Assist. Chief Gross), the Hamlin Fire Department was called at 22:00 hours to investigate the presence of a strong odor and a solvent type of material on the roadways within the Harper Mobile Home Park. Engine 243 and Rescue 248 responded on the dispatch.   Further investigation by the Chiefs identified several locations of a thin coat of solvent on the roadway and puddles of materials in different areas along the roadway. 2C24 declared a Level 0 Haz-Mat condition bringing Car 822 to the scene. It was concluded that the materials had been spread throughout the park, perhaps by paint materials dumped into a refuse truck, but this could not be confirmed.   Firefighters began to use absorbent pads to pick-up the thicker collections of sludge while Car 822 completed his investigation and notified other agencies of clean-up plans. Those plans were to absorb what could be picked-up by pads and than washing down the area. This action was completed at approximately 23:00 hours.   As fire fighters were leaving the scene, a caller from 1 Dogwood notified the EDC at 23:12 hours of a strong odor in that area of the facility. The firefighters moved to that location, a short distance from the previous location, and found an even greater amount of the solvent material on the roadway and sludge along the roadway. Again 2C24 declared a Level 0 incident and Car 822 returned to the scene. Because all absorbent pads had been used at the prior incident, some time was spent waiting for more pads to be delivered from the highway department. Again, most of the sludge was picked-up and the area washed down.   Firefighters returned to quarters a little after midnight and there were no further calls to the area. An early morning snowfall helped to mitigate the situation.   Photo's and story by Jerry Clement 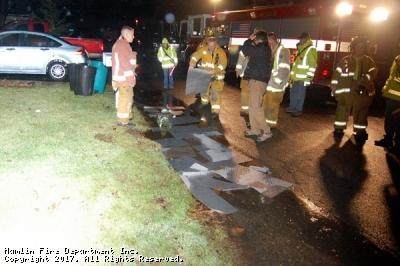 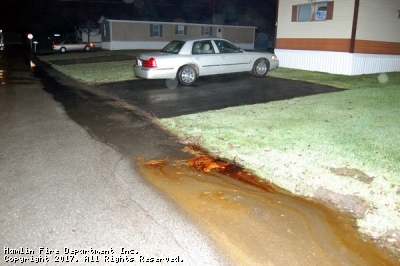 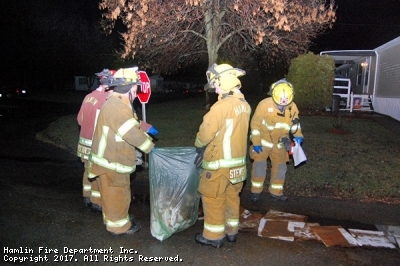 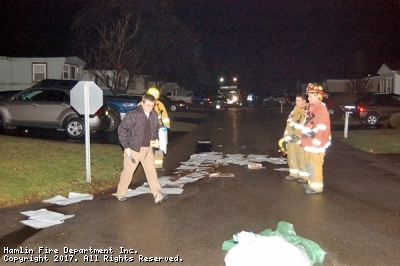