2c16 arrived on scene and reported heavy smoke from the structure and declared a working fire. 2c16 assumed command and placed 2c46 as operations.

2413 arrived on scene and set of for RIC interventions as needed. 2432 arrived and was directed to back down the road and layout to the hydrant. Some members assisted with interior and roof operations as needed during the incident.

The fire was placed under control by 2c16 after approximately 40 minutes from the initial dispatch. The cause is under investigation, however the homeowner reports a gas can inside the structure caught on fire. 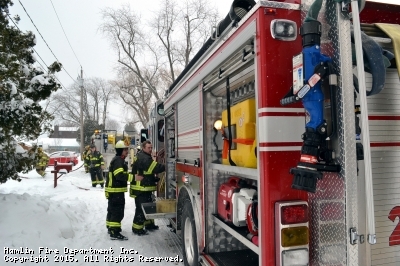 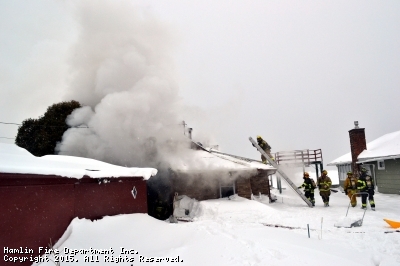 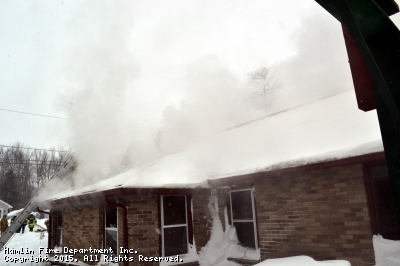 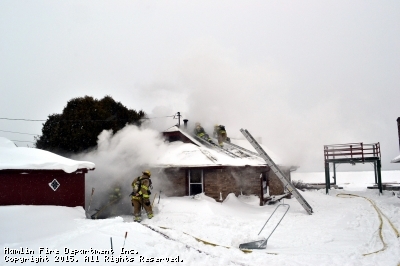 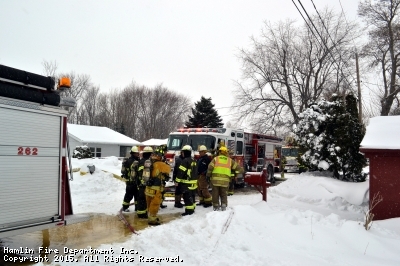 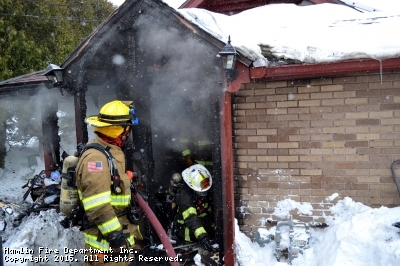 This site has been viewed 264,624 times.
News
Events
Pictures
Apparatus
Maintained by the members and staff of Hamlin Fire Department Inc.. Designated trademarks and brands are the property of their respective owners. Copyright © 2006-2021. YourFirstDue Inc. All Rights Reserved. Content on this web site is supplied by Hamlin Fire Department Inc.. YourFirstDue Inc. cannot be held responsible or liable for any content, text, pictures, or any other media found on this web site.
Management login
Powered by